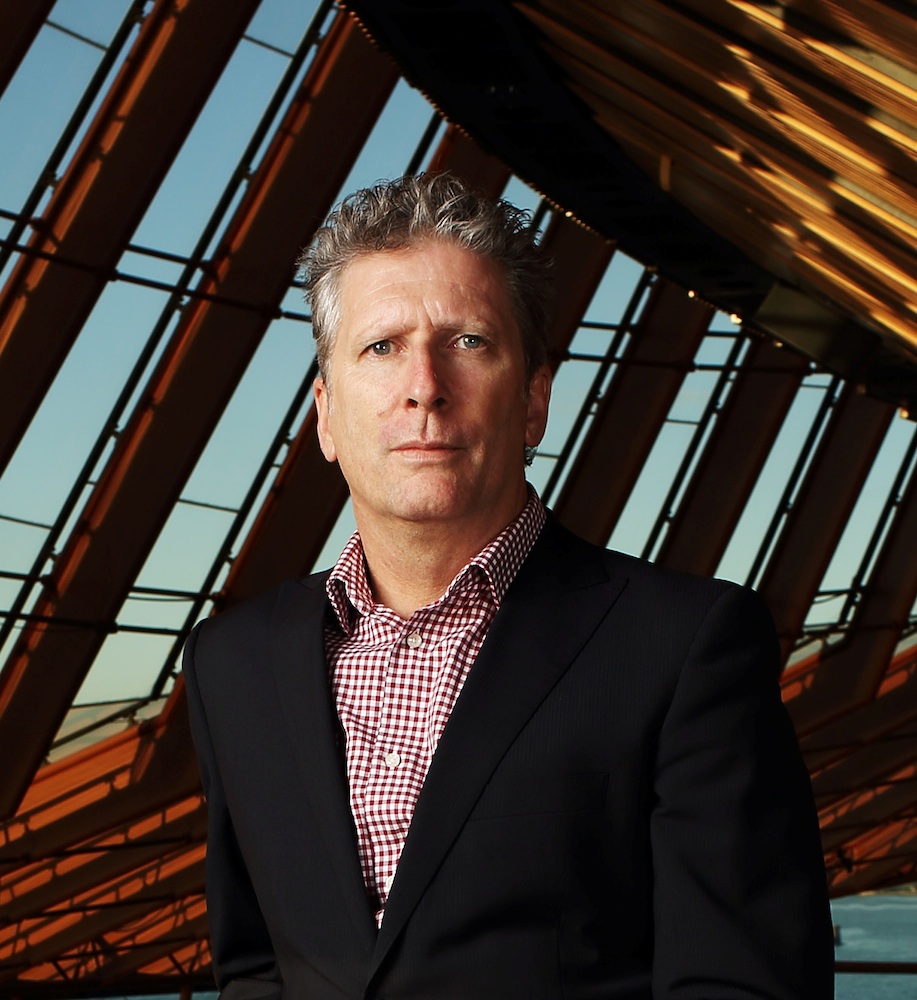 David Claringbold has called time on his long association with the Sydney Opera House. First darkening the doors as a casual audio desk operator in 1990, Claringbold has occupied the roles of audio supervisor, Technical Director, and most recently, Director of  Theatre & Events with responsibility for over 500 staff and just about everything that moves on Bennelong Point. Typical of his tenure at the Opera House his resignation comes with little fanfare and certainly no bad blood.. “Now’s a good time to move on and to really think differently about the future. Not that I’m bored or unhappy where I am but there’s a time when you have to acknowledge you’ve put together the thing you wanted to put together and you have a great team that functions at a high level, built on an incredible technology base.”

Claringbold will be remembered as the chief architect behind not only  the transformation of the Opera House’s tech infrastructure fortunes but his behind-the-scenes work in changing the workplace culture, ensuring that the Opera House is now universally regarded as a place of client-focussed excellence.

Since rejoining the Opera House in 2006 as Technical Director (after a stint in Europe at digital console manufacturer, Euphonix), David has overseen a rollout of big-ticket technical upgrades and overhauls, many of which we’ve followed with interest in the pages of  AV Asia Pacific. For example, the stage management upgrade was the result of years of lobbying and many months of working with German manufacturer, Stagetec, to develop the perfect bespoke system — not a bad way to keep your technical staff and crew happy! But undoubtedly the highest profile upgrade has been that of the Concert Hall — lighting, communications, staging, audio, carpet and drapes. “We’ve turned the Concert Hall around from being a a place no one wanted to go to, to one that everyone wants to go to,” noted a justifiably proud Claringbold.

What next for David Claringbold? “The phone’s been ringing, but first I need a break. I’m on the board of the Four Winds Festival on the south coast [of NSW], which is making some big moves… but I’m weighing up what might be out there for a guy like me.”

We’ll be publishing more from our exclusive interview with David Claringbold in future issues of AV Asia Pacific.

CONNECTING UP THE HOUSE

2022 Thoughts and Predictions with Sennheiser