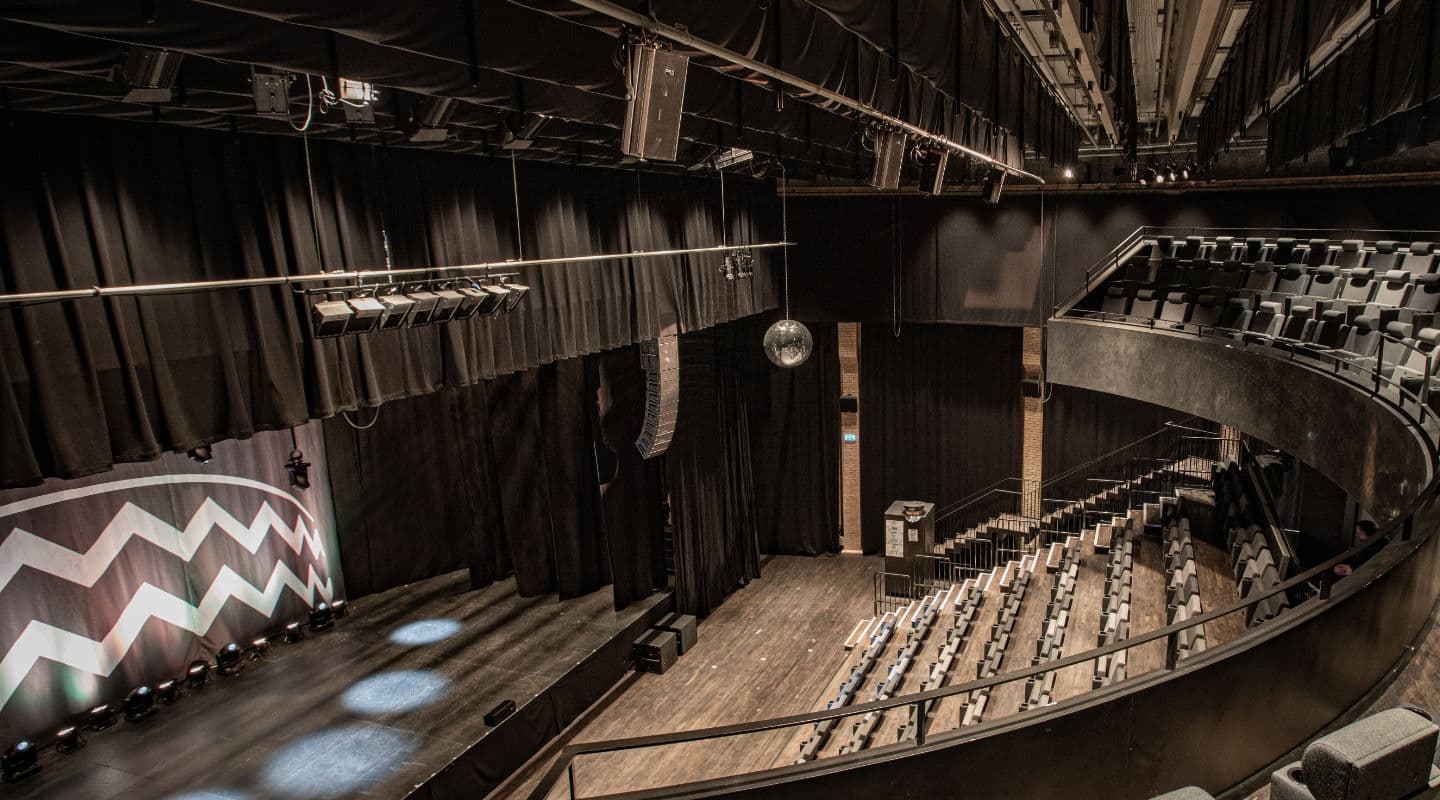 Situated about 25 km (15 miles) north of Copenhagen, Hørsholm is a community with diverse tastes in the performing arts and entertainment, and as such the small city’s principal venue, Kulturhus Trommen, hosts artists that span a broad spectrum of genres. To offer optimum audio quality for anything from rock and folk to stand-up comedy, the venue recently invested in a new reinforcement system based on Meyer Sound LINA line array loudspeakers.

When the decision was made to replace the aging prior system, Chief Technician Thomas Love undertook a thorough evaluation of possible replacements from four other manufacturers before selecting the LINA line arrays. After a long delay imposed by the pandemic, the system finally was put to a gruelling test during the reopening series.

“We had a full month of concerts with shows every day,” says Love. “We had everything from acoustic guitar and solo vocals, a Phil Collins musical, a flamenco concert, a power rock trio, and a stand-up comedian. The system lived up to my high expectations, with clarity at all frequencies and ample headroom. All details are reproduced accurately, in contrast to the old system which often hid errors and resulted in sloppy mixes.”

In addition to the dual arrays of nine-each LINA line array loudspeakers, the new system includes five of the new ULTRA-X20 loudspeakers for fill systems and, for low-frequency extension, four 750-LFC and six 900-LFC low-frequency control elements. The system was designed by Anders Jørgensen of Stouenborg ApS in consultation with Theis Romme of Meyer Sound, with installation also by Stouenborg.

“The basic system with the LINA line arrays and the flown 750-LFC elements gives them a full-range system that is great for folk, jazz, comedy, and conferences,” says Jørgensen. “Coverage is within 1.5 dB front to back. Then, when they need to rock, they can add in the six 900-LFC elements and shake the whole house.”

For the veteran mixer Thomas Love, the new system also represents a return to a long-trusted source for audio reinforcement tools. “I have mixed on Meyer Sound systems since the MSL-3 came on the market,” he says. “I have followed the developments at Meyer Sound over the years, and I have great respect for what John and Helen have done for the industry.”

Kulturhus Trommen, literally translated as “Culture House Drums,” takes its name from the unique cylindrical exterior as designed by architect Knud Munk. In addition to the wide variety of musical and theatrical events presented in the auditorium, Kulturhus Trommen also offers the town library and a gallery for changing art exhibitions.